“The intimacy of a guitar led ensemble creates the transparency that is so beautiful within the jazz genre.”            CMJ JAZZ CHART

On her third album, Northwest singer Jenny Davis continues a thread started in previous releases. Instead of drawing solely from the American Songbook, as is common for contemporary jazz vocalists, Davis digs through other elements of the jazz repertoire.

The classic Songbook writers are all present, but often in tracks that were perhaps better known as instrumentals: “On Green Dolphin Street” indeed is probably better known in association with Coltrane or Miles Davis than Ned Washington. Davis ably transitions Jobim’s “No More Blues” into more of a modern nightclub sound with only the slightest Brazilian inflection.

She warbles over Charlie Parker’s “Confirmation” in a solfege-like delivery reminiscent of Annie Ross (or even Dizzy Gillespie). She softens the Beatles’ “Blackbird” just a bit before leaving as well. Through the whole, Davis is backed up by the ever-present guitar of Chuck Easton and its bubbling, bouncing sound, as well as the standby bass of Ted Enderle. The album feels a little less adventurous than her previous outings but is still a fine set from a fine singer. 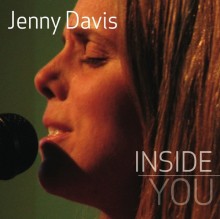